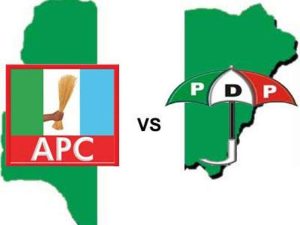 Four governors of the Peoples Democratic Party (PDP) as well as former Aviation Minister, Femi Fani-Kayode are reportedly planning to defect to the All Progressives Congress (APC) ahead of the 2023 elections.

The Governors have reportedly begun talks with the APC to make their defection easier.

As earlier reported by Naija News, Fani-Kayode, is reportedly set to rejoin the ruling All Progressives Congress (APC) six years after he left for the Peoples Democratic Party (PDP).

This was after meeting with the Chairman, Caretaker/Extra-Ordinary Convention Planning Committee and Governor of Yobe State, Mai Mala Buni, and Kogi Governor Yahaya Bello at a Guest House in Abuja.

Similarly, another report monitored by our correspondent on Punch, quoted a high ranking member of the APC as confirming the party has reached out to Fani-Kayode on a possible defection but the former minister is yet to make any concrete commitment.

The source said; “Fani-Kayode met with Yahaya Bello and Buni on Sunday for two hours. It is all about politics of 2023 and the recent registration drive of the APC.

“Fani-Kayode has not made any commitment yet but discussions are still ongoing.”

The source however stopped short on disclosing the identities of the four governors who are also in talks to dump the PDP for the APC, noting that revealing their identities may jeopardize the ongoing talks.

“The four governors want assurances that the APC structure in their respective states would be handed over to them once they defect as has been the tradition. That is what is being discussed.

“Some people will also leave APC soon from the look of things. You will keep seeing such realignment ahead of 2023,” he said.