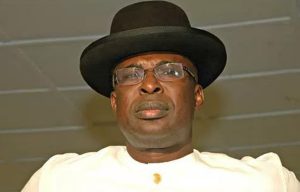 The Minister of State for Petroleum, Timipre Sylva, on Monday, noted that the All Progressives Congress is experiencing challenges but despite the issues, the party has the best chance of winning the 2023 presidential elections.

He said, “I don’t see any party in Nigeria today that is stronger than APC.”

Sylva during an interview on Channels TV said, “Of course, we have our internal problems like every other party. We are still, I believe, the party to beat and I believe in 2023, we will still have the presidency.”

The former Governor of Bayelsa State described President Muhammadu Buhari as a rallying point in the party and the country at large and believes the Nigerian leader makes the APC different from other parties in Africa’s most populous nation.

“The role of President Buhari in the APC is that he is a rallying point. And when you have a rallying figure, you have a way of getting everybody come together at critical times.”

He added, “So, I believe that he would continue to play that role of a rallying figure. Even outside government in APC, he continues to be a rallying figure. That is one major advantage that we have that will give us the presidency in 2023.”

Meanwhile, Four governors of the Peoples Democratic Party (PDP) as well as former Aviation Minister, Femi Fani-Kayode are reportedly planning to defect to the All Progressives Congress (APC) ahead of the 2023 elections.

The Governors have reportedly begun talks with the APC to make their defection easier.