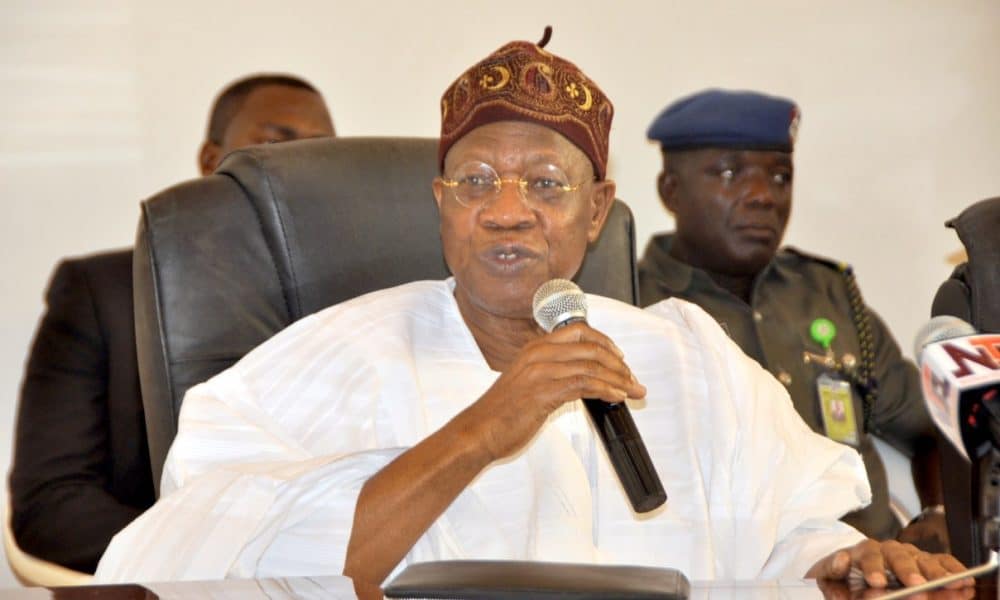 The Minister of Information and Culture, Lai Mohammed has warned Nigerians travelling to Europe and the United States to be cautious of their belongings.

The minister sent out the caution on Monday during the ‘PMB Administration Scorecard 2015-2023 Series’.

He explained that there have been complaints from Nigerians who travel to the US and countries in Europe that they “are having their belongings, especially money and international passports, stolen at an increasingly high rate.”

Mohammed warned that most victims of the incident are Nigerians travelling to Europe, especially the United Kingdom.

According to him, “These victims, according to the Federal Government, were dispossessed of their money, passports and other valuables at high-brow shops, particularly in the high street of Oxford.

“We have therefore decided to advise Nigerians travelling to Europe and the United States to take extra precautions to avoid being dispossessed of their belongings.”

He, however, explained that that message is merely a piece of advice to citizens who may be planning a visit to the US or Europe and not a travel restriction.

“This is not your typical travel advisory. Issuing such is the prerogative of our embassies/high commissions as well as the Ministry of Foreign Affairs,” he added.