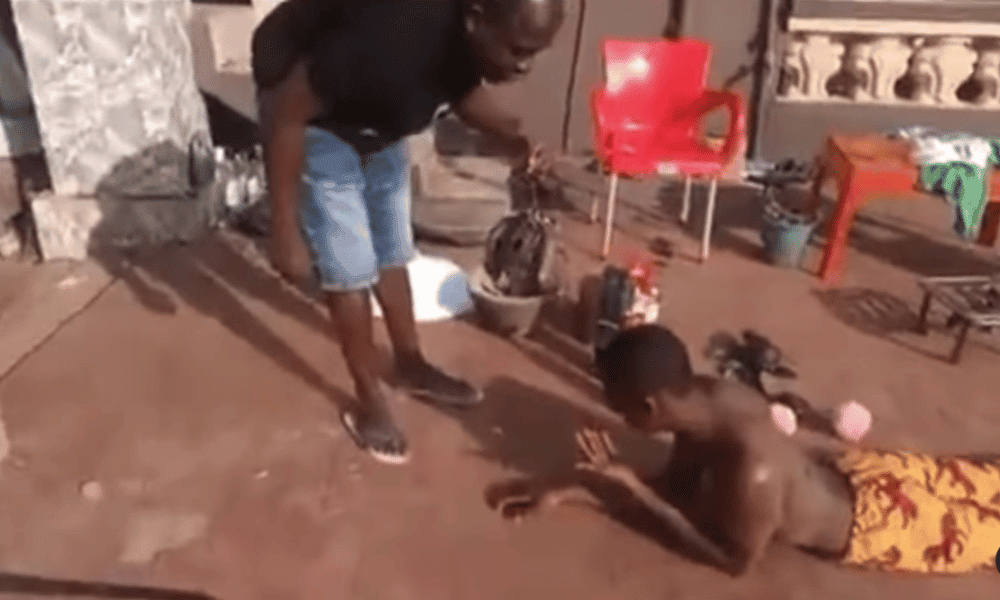 A 15-year-old boy has gotten more than what he bargained for after visiting a traditional medicine man, offering his manhood in order to become rich and powerful.

In the video that has surfaced on social media, the herbalist made the young boy, who laid down on his face, swear an oath never to indulge in money ritual else he’d run mad.

The boy was said to have visited the herbalist in order to become rich and powerful.

He was willing to sacrifice his manhood, believing that he would ‘buy’ a child if he chooses to get married in the near future.

However, the herbalist dashed his hope, refusing to grant his request, instead making him take an oath to stop him from ever embarking on such quest.

The young boy, in the viral video was seen repeating these words in Igbo language whilst the herbalist held on to his idol.

The video has garnered a lot of reactions from social media users who commended the herbalist, whilst condemning the moral decadence in the society.

Watch the video below: