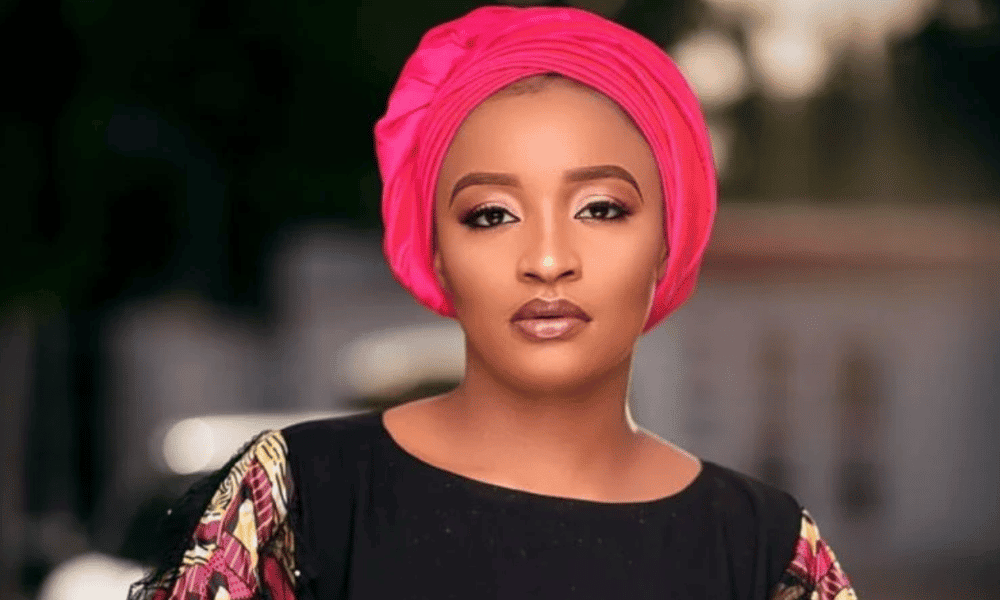 It would be recalled that the actress distanced herself from the campaign team after some media reports claimed the actress was part of the women’s council.

This comes after the ruling party unveiled her alongside other top Nollywood stars such as Mercy Johnson, Toyin Adegbola, Esther Wright, Rose Odika, Hadiza Kabara, Fathia Balogun, and Sola Kosoko.

But reacting via her Twitter page, the Kannywood star denied being part of Tinubu/Shettima’s campaign train.

Sadau said she was never consulted before her name was added to the list.

She also wondered how her name was included in the list without her permission.

“This is a big fat lieeeee… I am not aware of this… I don’t know how my name made it to this list, not in any way associated with this,” she wrote.

But surprisingly, the actress who vehemently denied any involvement was pictured alongside Nigerian singer Kcee, rocking a Tinubu’s customized cap. 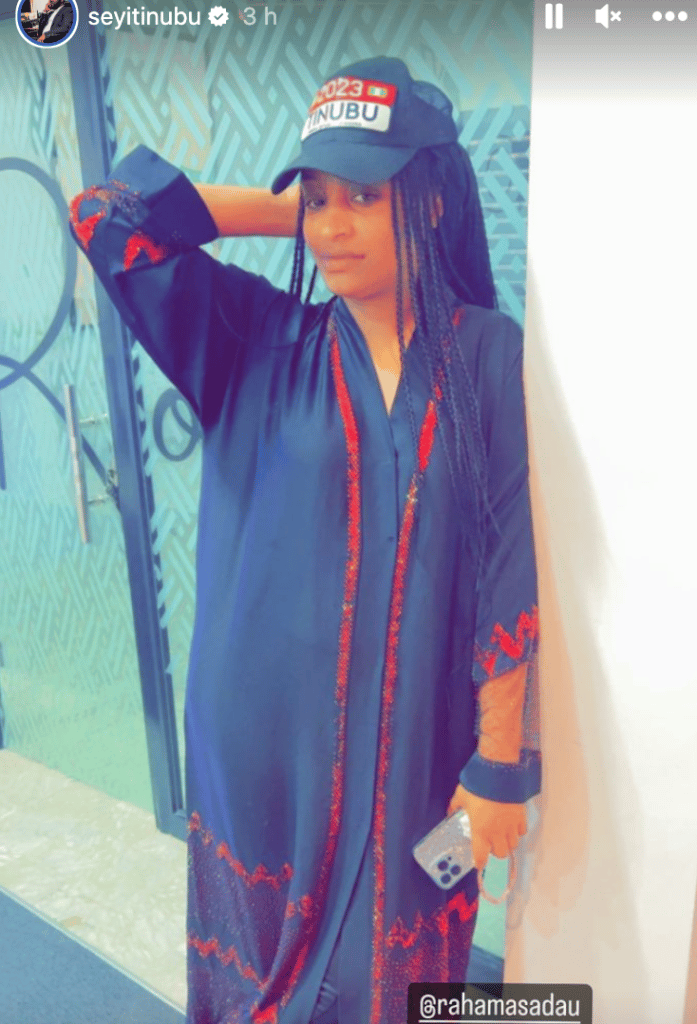