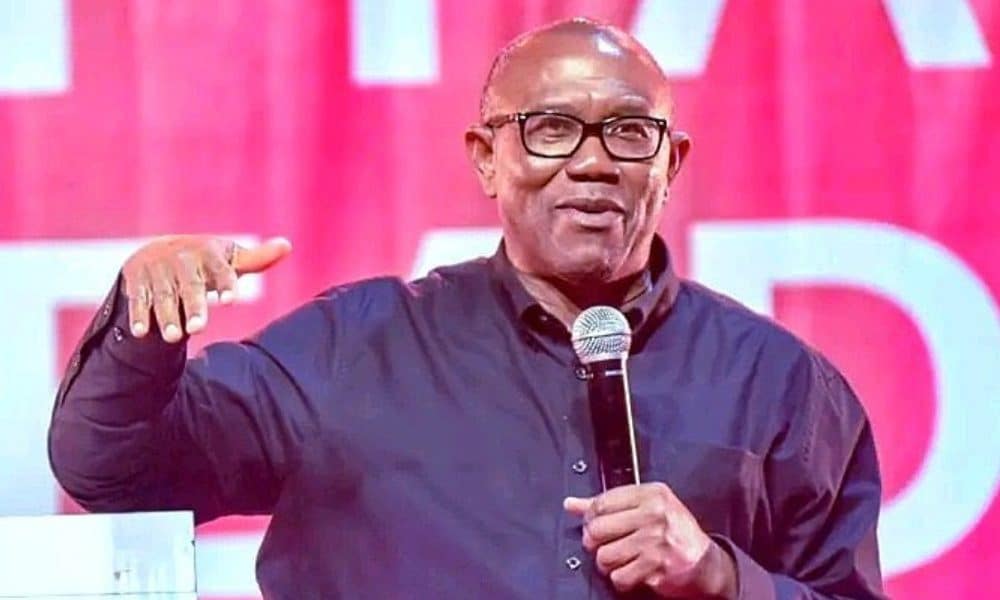 The Coalition of South East Youth Leaders, (COSEYL) has reacted to the action of a yet-to-be-identified man who was caught with a dagger at the Labour Party (LP) campaign rally in Oyo.

Naija News recalls that a video of a man with a dagger at the campaign ground in Ibadan had caused quite a stir on social media with netizens expressing worry over the LP flag bearer’s safety.

One @BishopPOEvang who first posted the video, alleged that the suspect was standing where Obi was expected to go through.

He wrote, “How we unarmed a guy who was not a security personnel today. He was standing on the way @peterobi would pass. @BishopPOEvang noticed it and called in secretary operatives.”

Reacting to the situation, COSEYL, in a statement issued by its president general, Goodluck Ibem accused stalwarts of the ruling All Progressives Congress, APC of plotting to harm Obi.

The statement reads partly: “We warn those assassins who parade as politicians to bury such evil thought of planning any evil on Peter Obi because there will be dire consequences if any little scratch touches Peter Obi’s skin.

“Peter Obi is the face of the new Nigeria which Nigerians are waiting for to move them to the Promised land.

“We, therefore, demand an independent investigation of that young man who came with a dagger to assassinate Mr Peter Obi in Ibadan LP rally and was arrested by the security operatives.”