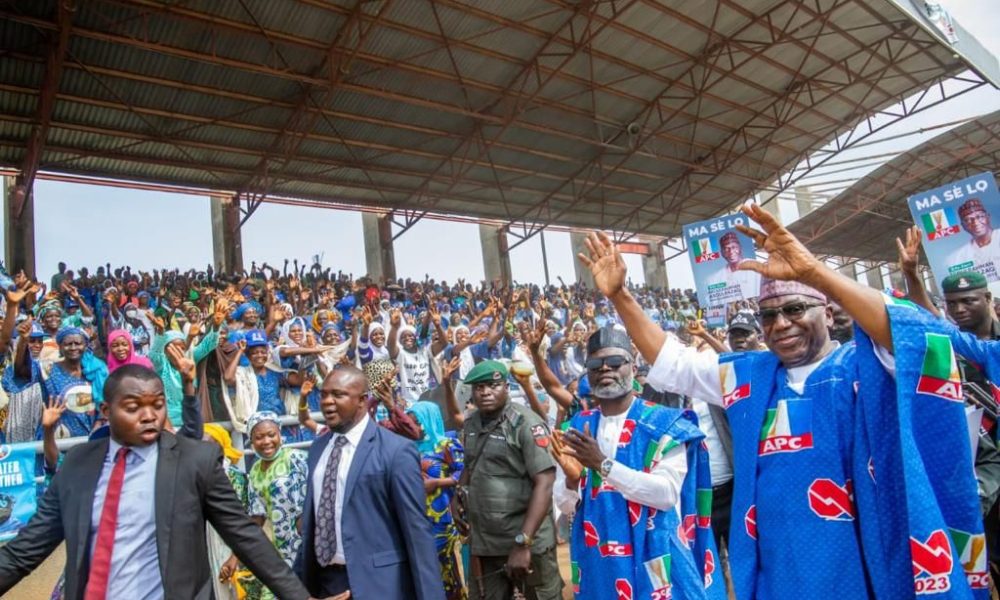 In the last ten days, the All Progressives Congress in Kwara state has witnessed an influx of thousands of new members following the Women’s presidential Campaign flag-off and a youth rally in support of the State Governor, Abdulrahman Abdulrazaq.

Thousands of Kwarans on Thursday came out in droves for the official flag off of the Asiwaju Bola Ahmed Tinubu/Kashim Shettima presidential campaign in Ilorin, with Gov. Abdulrazaq saying that the APC ticket is the most progressive path to a greater Nigeria.

The flag-off was led by the First Lady of Nigeria, Mrs Aisha Buhari, joined by several first ladies from APC states, top government and party officials from Abuja and across the country. Also in attendance were the wives of Asiwaju Bola Ahmed Tinubu and his running mate, Kashim Shetimma: Senator Oluremi and Mrs Nana. Top government officials in Kwara state were also in attendance.

The event held on Thursday witnessed the attendance of thousands of Party faithful and Supporters in Ilorin.

Speaking on it, Gov. Abdulrazaq stated; “I am very happy that the State of Harmony was chosen for the flag-off. Our support for Asiwaju Tinubu is not because he is perfect. Our support for Asiwaju is because of his provable excellent track record as a people’s person who is able to consolidate on the gains of the present, drive inclusive growth, and lead our country to become more prosperous.”

“Asiwaju has the experience. He has the temperament. And he has the right network to unite our country and strengthen it. By their antecedents, it is clear that the Asiwaju Tinubu/Shettima presidential ticket is the most experienced and the most progressive combination available on the ballot in 2023.” 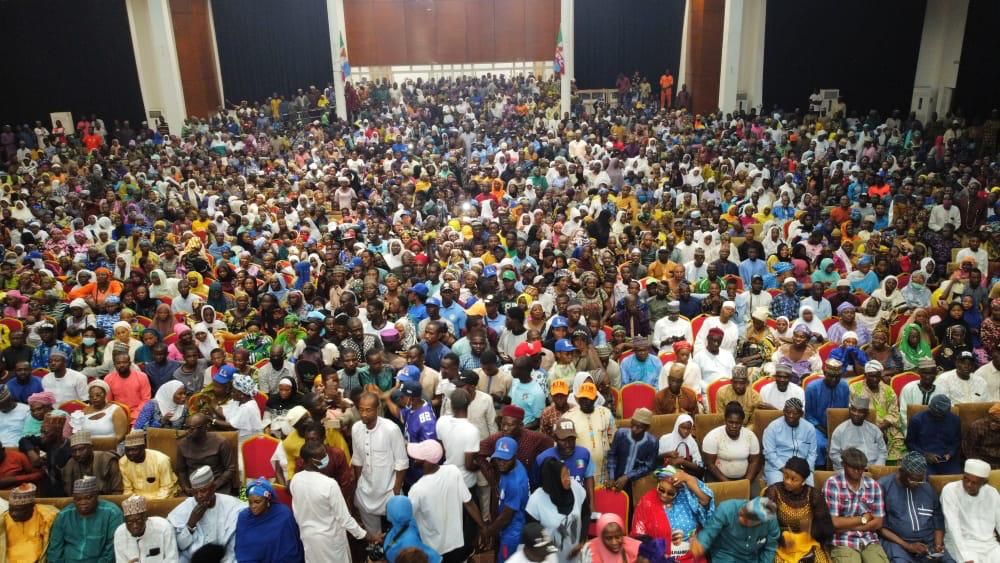 Governor’s welcome of decampees from PDP, SDP, others

Speaking on this, the Governor said: “We welcome all the decampees and appreciate everyone for the conviction and trust in our party. We are going to work to achieve success together. We will treat everyone fairly as members of our party.”

According to him, APC is the only formidable party in Kwara State. He said, “I urge you to return to your polling units and wards to mobilize support for Governor AbdulRazaq and other APC candidates. Vote APC for President, Senate, House of Representatives, Governorship and House of Assembly come 2023. The Governor has laid a good foundation for development. He has implemented projects in every local government area. His impactful projects are scattered all over the state. He is running youth-friendly and People’s oriented government.”