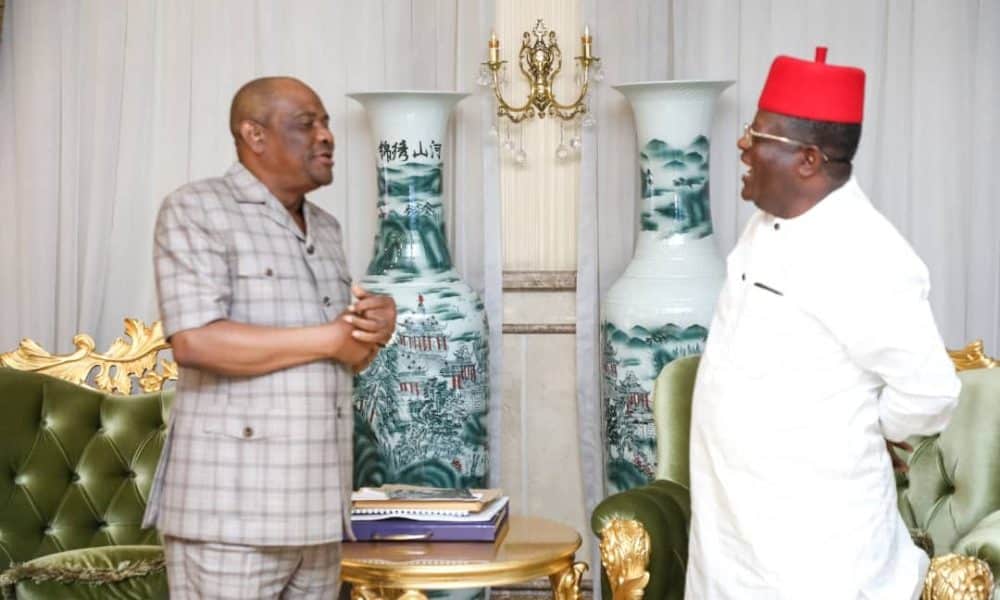 The Muhammadu Buhari-led Federal Government has said state governors are responsible for the high rate of poverty in the country.

Naija News reports that the Minister of State for Budget and National Planning, Clem Agba, said this while briefing State House correspondents on Wednesday in Abuja on the outcome of the Federal Executive Council (FEC) meeting.

Reacting to the recently released Multidimensional Poverty report by the National Bureau of Statistics (NBS), Agba accused state governors of constructing flyovers and airports and failing to improve conditions in rural areas.

Agba said governors prefer to function in the state capitals rather than build roads that will aid farmers in the rural communities to easily take their farm produce to the city.

He said: “The governors are basically only functioning in their state capitals. And a democracy that we preach about is delivering the greatest goods to the greatest number of people,” Agba said.

“And from our demographic, it shows that the greatest number of our people live in rural areas, but the governors are not working in the rural areas.

“When we talk about food prices, like I mentioned right now as driving inflation, prices of food at the farm gates are low. But when you now take it to the urban areas, you find out that the prices are high due to supply chain disruptions, lack of infrastructure to take them there.

“I think from the federal government side, we are doing our best. But we need to push that rather than governors continuing to compete to take loans to build airports that are not necessary where they have other airports so close to them.

“Or governors now competing to build flyovers all over the place and we applaud them, they should concentrate on building rural roads so that the farmer can at least get their products to the market.

“And you find that if they do that and with the new policy in the national development plan that talks about taking power to the rural areas, especially of out-grid power that can easily be put, you begin to attract industries to those areas for value-addition.”

Agba said Sokoto state has the highest number of poor people in Nigeria, followed by Bayelsa because poverty dwells in the rural areas.

He added that the federal government’s Social Investment Programmes have not been as successful because of the lack of cooperation from the state governors.

“The result clearly shows that 72 percent of poverty is in rural areas. It also showed clearly, that Sokoto state is leading in poverty with 91 percent,” he said.