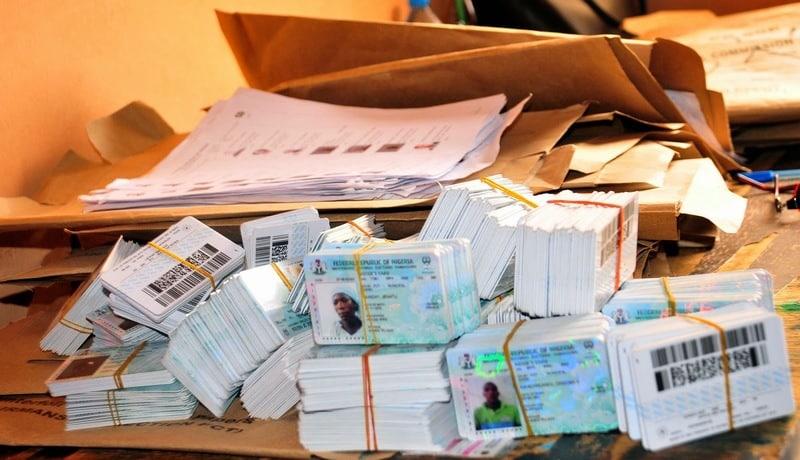 A Magistrate Court in Sokoto, Sokoto State has sentenced one Nasiru Idris to prison over illegal possession of people’s Permanent Voter Cards (PVCs).

Naija News understands that the suspect was nabbed with 101 PVC belonging to different persons, an offence which contravened Sections 117 and 145 of the Electoral Act 2002.

National Commissioner in charge of the Information and Voter Education Committee at the Independent National Electoral Commission INEC, Barr. Festus Okoye disclosed this in a statement issued Sunday in Abuja.

Okoye disclosed that the Commission met during the weekend and deliberated on several issues, among them according to him, is the date and procedure for the collection of PVCs and the prosecution of persons arrested several possession of PVCs.

The INEC official said the commission has also commenced prosecution of another man who was found to have 367 PVCs in Kano State.

Okoye explained further that the Nigeria Police has in the last few weeks, arrested some individuals found to be in illegal possession of voters’ cards in some States of the Federation.

“In one case, the Police concluded the investigation and handed over the case file to the Commission resulting in the successful prosecution of one Nasiru Idris at a Magistrate Court in Sokoto who was found to have 101 PVCs in contravention of Sections 117 and 145 of the Electoral Act 2002. He has been sentenced to a year in prison”, he said.

On the account of the individual arrested with 367 PVC in Kano, Okoye said the suspect has been charged to Court and the Commission is pursuing his prosecution.

“The Commission wishes to reiterate that it will continue to pursue all violators of the Electoral Act and ensure their diligent prosecution”, he stated.