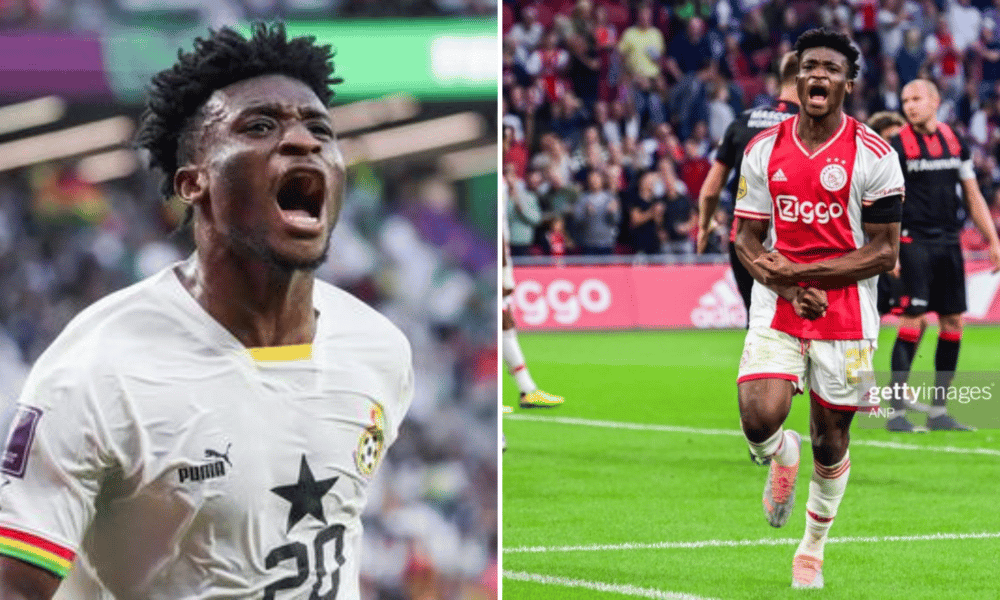 THe World Cup star could be making a move to the Spanish La Liga from Ajax after the World Cup tournament ends on December 18.

Following Kudus’ outstanding display so far at the World Cup, the 22-year-old is apparently being watched by the reigning champions of Spain and Europe.

Given that he assisted Ghana in defeating South Korea on Monday, the Ajax star is, without a doubt, one of Ghana’s outstanding talents.

In Ghana’s second game against South Korea, the Accra native bagged a brace which made his performance a hot topic in all headlines.

According to a report made via Twitter by a Global transfer expert, Ekrem Konur, Kudus’ performance has drawn the Interest of the Los Blancos.

More from the report claims that the Spanish giants have sent scouts to keep a close eye on the talent during Ghana’s last World Cup group match in Qatar.

The Ghanaians who are raging for revenge will lock horns with Uruguay, and a victory or potential draw should enable them to advance to the round of 16.