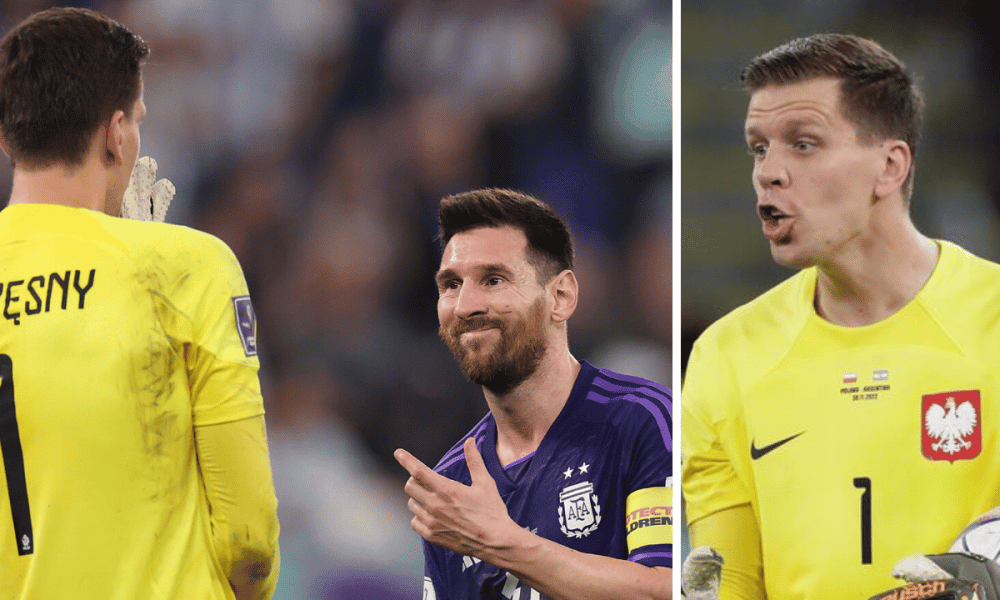 Polish Goalie, Wojciech Szczesny, has revealed that he wagered €100 on Lionel Messi.

The  Goalkeeper revealed that he bet Lionel Messi on the contentious penalty call against Argentina late in the first half.

The Juventus goalkeeper produced his second penalty save of the 2022 World Cup, accurately estimating to block Messi’s attempt and maintain a 0-0 draw at halftime.

Despite a lacklustre showing vs the South American, Poland joined Argentina in the World Cup’s round of 16.

Despite losing to the Saudi Arabians in their first match of the tournament, the Argentines won the Group C and advanced to the last 16.

Poland however, had Mexico to thank as they got their narrow chance to the next round.

However, Szczesny, who got to face Messi in their tie revealed that he made a bet with the Paris Saint-Germain forward over the penalty handed to La Albiceleste.

The goalkeeper revealed that he bet with Messi that he wouldn’t give it until the referee checked his pitchside monitor, but the Polish goalkeeper lost €100 to the Argentina captain.

He stated that his choice would probably result in a suspension.

“We spoke before the penalty and I told him I can bet him €100 that he wasn’t going to give it.” he said.

“So I’ve lost a bet against Messi. I don’t know if that’s allowed at the World Cup. I’m probably going to be banned for it. I don’t care right now.” he added