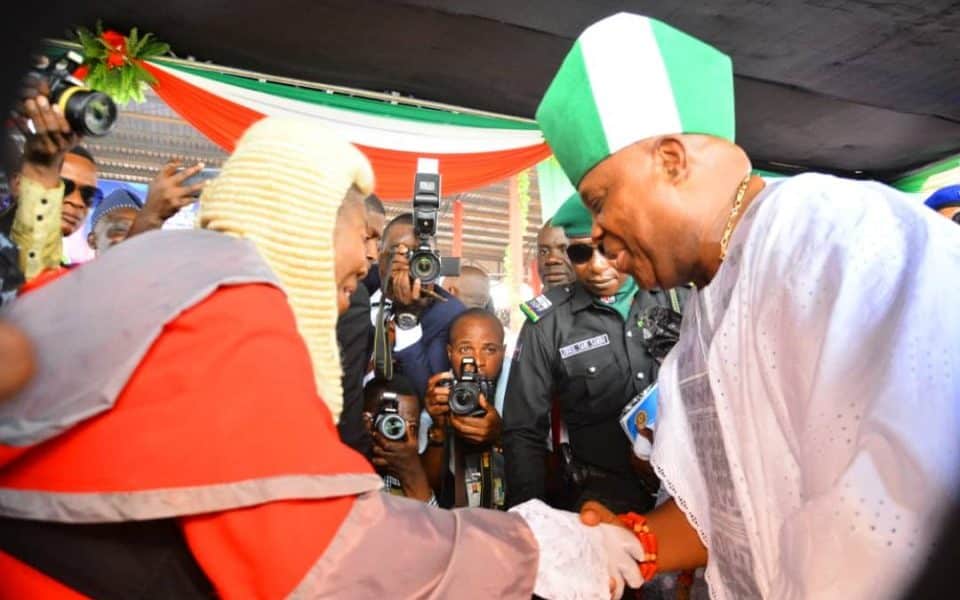 The Peoples Democratic Party (PDP)Presidential Campaign Organisation has hailed Osun State Governor, Ademola Adeleke, on his inauguration as the sixth Governor of the state.

The Campaign said the governor’s inauguration sets the stage for the streak of victory of the party which will climax on May 29, 2023, when its presidential candidate, Atiku Abubakar, will be sworn into the office too.

The organisation made this known in a statement signed by one of its spokespersons, Kola Ologbondiyan, on Sunday.

The statement read, “The people of Osun State are the first beneficiary of the better life which the PDP will be berthing at the national level with effect from May 29, 2023.

“Our campaign commends the People of Osun State for their perseverance in the last four years of pains during which their collectively hard-earned fortunes were ferried to Bourdillon by the ‘Ajele’.”

“We celebrate the People of Osun State for asserting themselves and liberating their state from the yoke of anguish, misrule and accompanying pains which the All Progressives Congress has come to represent in our nation.”

Ologbondiyan urged Nigerians to reinforce the feat achieved by the people of Osun State by remaining steadfast in their resolve to vote for Atiku Abubakar in the February 2023 Presidential election.