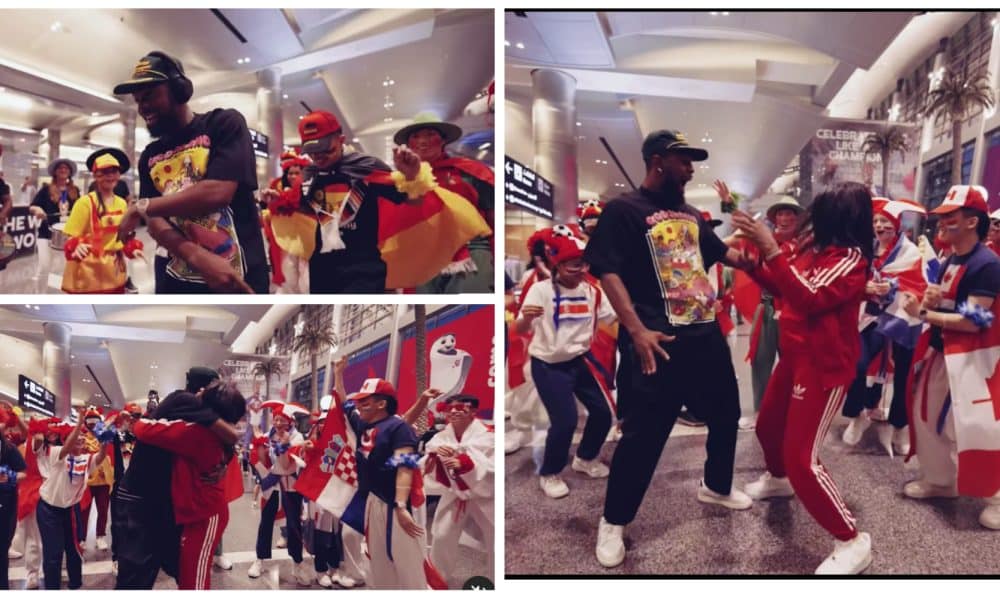 Naija News reports that the singer took to his Instagram page to share a video of the moment he received a warm reception in Qatar.

According to the singer, he has not seen his mother for the past five years and she came to surprise him at the airport.

In the video, Patoranking joined a group of choreographers singing and dancing for him at the airport before his mother showed up and his expression was indeed priceless.

He captioned the video: “Landed Qatar to warm reception and a big Suprise, Haven’t seen my mom in 5 years,she came to surprise me at the airport,…..They got me on this one see my face at the end.”

Meanwhile, veteran Nollywood actress, Shan George has issued a warning to her colleagues, friends and ‘frienemies’ over the rate at which they put up condolence messages and pictures after one’s demise.

It is a common trend that once any celebrity dies, colleagues in the entertainment industry take to their respective social media pages to post pictures with the caption ‘RIP’.

However, Shan who seems different about the trend shares a video lamenting about the hate being exhibited by many of her colleagues.

In the video, the actress warned some people who she described as ‘frienemies’ not to post her pictures after her death if they do not post her photos when she is alive.

According to her, anyone who is not posting about her hustle or celebrating her success while she is alive should not bother to post her photo after death.

Shan jokingly said she would wake up from her grave and pursue anyone who post her picture after death but failed to celebrate her.