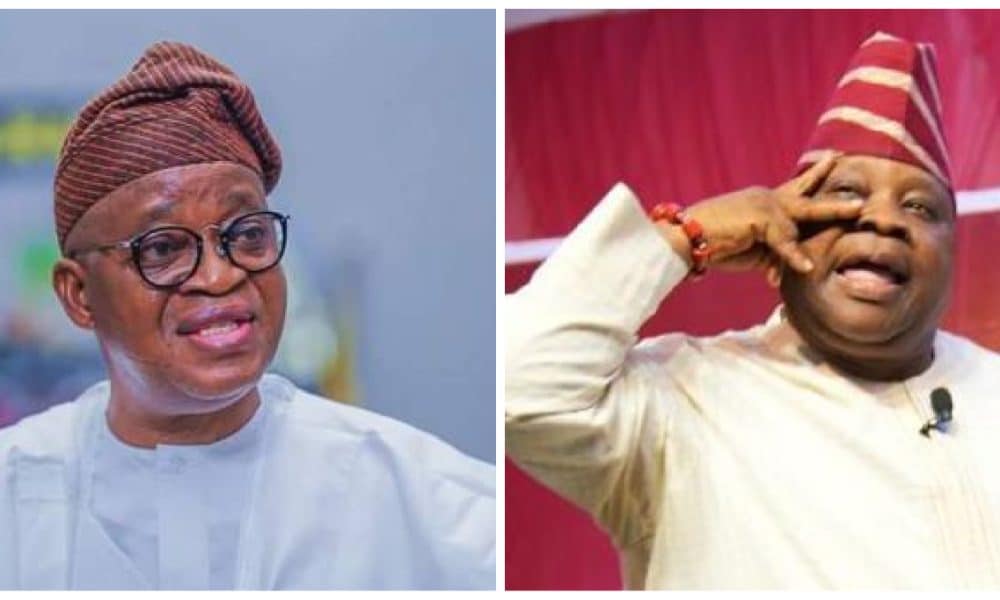 The outgoing Governor of Osun State, Gboyega Oyetola, on Sunday expressed optimism that the tribunal would rule in his favour, hoping that he would regain his mandate from the Ademola Adeleke-led administration.

Naija News had earlier reported that Adeleke of the Peoples Democratic Party (PDP) would be inaugurated today as the state Governor at the Osogbo City Stadium.

Oyetola who believes that the governorship election which saw Adeleke defeat him was rigged, in his handover note, said he is only stepping aside to allow the law to take its course.

He expressed hope that the court would rule in his favour soon.

The handover now reads, “As I step aside today following the conclusion of the four-year tenure you freely gave me, I thank God and I thank you for your support, cooperation, and prayers over the years.

“I recall how the journey began four years ago; how by your belief in me and your conviction in the plans and programmes of our Party, you exercised your right to vote for me.

“Motivated by God’s promise, my conviction, we promised to serve you with steady heart and hands. We promised that we would hit the ground running once we assume office. We gave our words that we would put you first and run a people-centred government. We pledged to uphold the best ideals befitting of an Omoluabi.

“As we draw the curtain on this first tenure, We are convinced that we neither reneged on our promises nor disappointed you. We kept faith in you and maintained fidelity to our electoral promises. It was our wish to continue to serve you but we are constrained by the outcome of the July 16 Governorship election which we are already challenging in court.

“As law-abiding citizens and government, we are stepping aside to allow the law to take its course.

“However, we look forward to continuing to serve you in no distant future. We have absolute trust in God that we shall be back soon, as we have implicit trust and confidence in the judiciary to do justice in the case before it.

“We are confident that this period of temporary political eclipse shall pass. The sun shall shine again, brighter and warmer and the sustainable development and participatory governance that we enthroned, which have been applauded by local and international organisations, shall be restored and put on a surer and better footing.

“There can be no substitute for people-oriented and development-savvy governance in a democracy. The tap roots of the unprecedented good governance, inclusive and participatory governance that we introduced, which delivered massive equitable projects and programmes are too strong to be uprooted.

“My Dear Good People of Osun, I cannot thank you enough for not only supporting us throughout our tenure but for also standing by us even after the outcome of the July 16 election. Your goodwill encouraged us to continue with all our projects till the last day.”