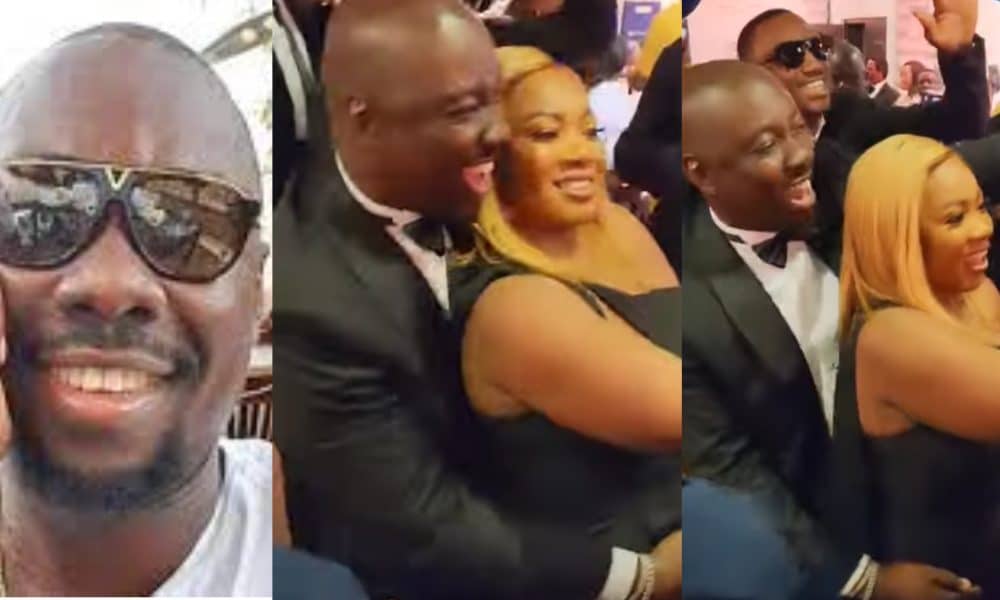 A video capturing the moment Ebele Iyiegbu, the wife of Obinna Iyiegbu popularly known as Obi Cubana smacked him after grinding her in public has surfaced on social media.

The video that surfaced captured the hilarious moment, Obi Cubana danced with his beautiful wife as they vibed to songs during a recent occasion.

The couple appeared to be enjoying each other’s company, until Obi Cubana took the dance a little bit further, by grinding his wife.

Towards the end of the dance, Ebele who did not seem pleased with the way the businessman handled her, gently smacked him. His wife’s reaction stirred laughter and cheers from friends at the ceremony.

Sharing the video, Obi Cubana wrote: ‘‘Fun day……@lush_eby dey do like e no sweet am”

Replying the statement, his wife responded, ”This my husband don spoil finish.”

Meanwhile, Obi Cubana has urged Nigerians to celebrate the people and things that matter in their life on a daily basis.

He opined that each day a person spends breathing should be seen as a huge blessing.

The businessman urged individuals to cherish the good people around them as life in itself is a blessing.

He wrote, “Hold on to good people around you. Celebrate everyone and everything you place value on, daily! Each day above the ground is a blessing!”

Cubana’s advice is coming days after the death of David’s son, Ifeanyi Adeleke who he described as a lovely, sweet boy that radiated pure joy in the three years he spent on earth.