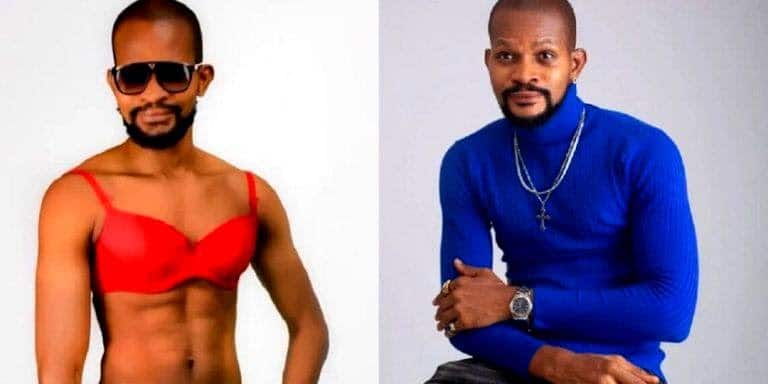 Controversial Nollywood actor, Uche Maduagwu, known for making Instagram content with a bra, has claimed to have made millions from wearing a bra.

The actor, in a post shared on his Instagram page, hinted that his university degree has never earned him the kind of money he makes from wearing a bra.

Uche also urged his followers to focus on whatever brings them a genuine source of livelihood regardless of how shameful the world makes it look.

While encouraging Nigerians to be consistent in whatever they do, Uche revealed that the bra content pays his bills despite the jeers he receives from haters.

He wrote, “I have made a lot of money with my ‘RED BRA’ than what my University Degree has ever given me. My management said I should not say this, but I make million wearing the Red Bra. Some of you are busy making jest and criticizing me while I smile to my BANK every week.’

“Dear followers, whatever you do that brings you money legitimately, please don’t let anyone distract or ridicule you.”

Daddy Freeze Slams Pastor Who Said His Mother Kneels To Him

This comes after the pastor via his Facebook page said his mother kneels down to welcome him to her office.

He revealed that when her colleagues told her she shouldn’t be the one kneeling for him, she told them that she might be his mother physically but spiritually he is her father.

He further advised his followers to treat men of God with respect in order to receive God’s blessings attached to men of God.

He went on to say that people who want to benefit from the anointing of prophets have to receive the prophets well.

Reacting to the statement, Daddy Freeze via his Instagram wondered when things got so bad that men of God now pride in ridiculing their mothers.

He further maintained that his mother, a professor of Law and current Vice Chancellor of a university do not kneel to greet him.

He wrote: “How did we devolve into this? I don’t know about you o, but my mother is a professor of Law, current Vice Chancellor of a university, so why should she kneel down to greet me?”