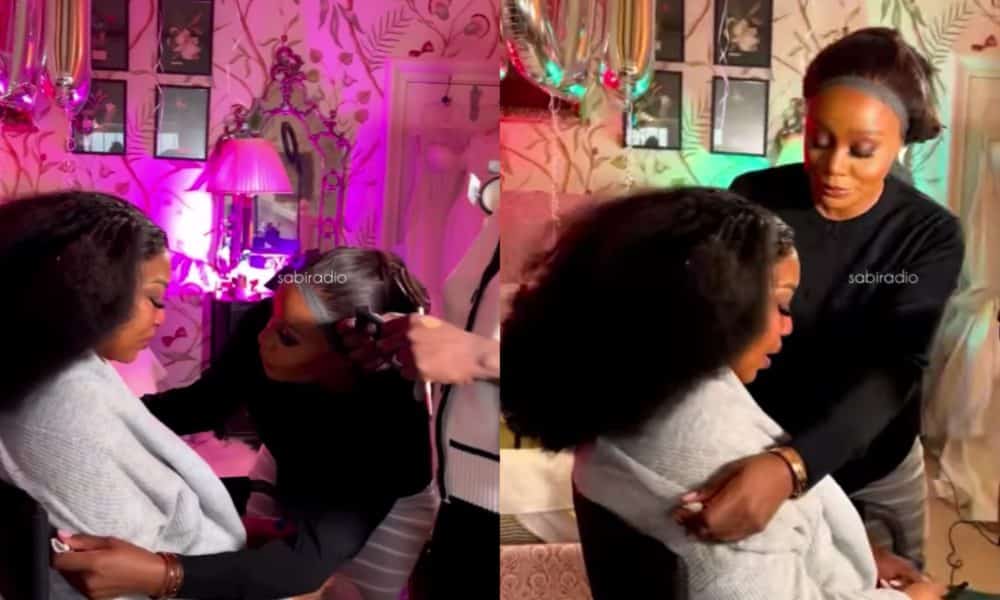 A video capturing the moment veteran Nollywood actress, Rita Dominic broke down in tears before her grand-style wedding in North Yorkshire, England has surfaced on social media.

It would be recalled that the 47-old- actress tied the knot officially with Nigerian publisher Fidelis Anosike on November, amongst friends and well wishers

This comes shortly after the actress and her man shut down Imo State with their star-studded traditional marriage on April 19, 2022.

Despite the elaborate traditional wedding, Rita Dominic and Fidelis hosted their families, friends, and colleagues for their white wedding.

Naija News recalls that on October 22, 2022,the United Arab Emirates (UAE) authorities announced that it has slammed a visa ban on Nigerians.

In a post shared on Instagram on Tuesday, Rita Dominic expressed appreciation to God, stating the weekend was all about love and joy.

She further thanked the designer that made her dream wedding gown, noting it was almost ruined by the UAE ban before another designer came to her rescue.

She wrote: “Thank God for a beautiful weekend full of love and joy. Thank you to @michael5inco for making my dream wedding gown. It was lot of hard work and patience since we were in two different countries.

“The UAE ban almost ruined it all but designer @michael_nardi_ who you see in this video came to the rescue by going and above and beyond to make the necessary alterations and final fittings. So huge hugs to both.

“Thank you to my dream team who worked hard to get me looking good in this gown. Love you all from the bottom of my heart”