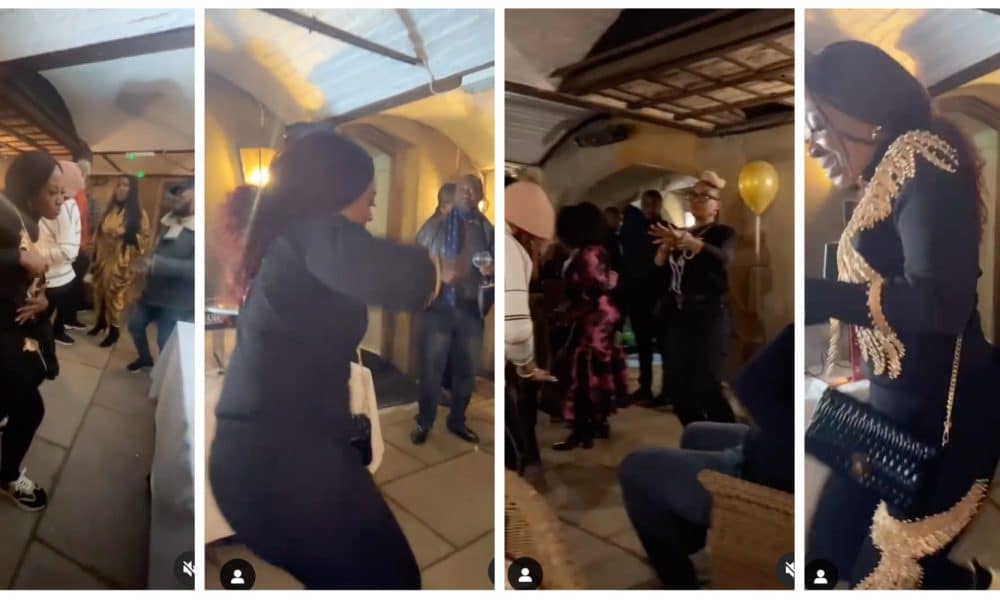 Veteran Nollywood actress, Kate Henshaw, has shown off her dancing skills at the pre-wedding party of her colleague, Rita Dominic.

Naija News reports that Rita and her husband, Fidelis Anosike would be having their white wedding today in England.

Many Nigerian celebrities including friends and family have been spotted at the venue of the event in videos shared by actress Chioma Chukwuka.

A video shared by Chioma on Saturday morning shows the fun moment from the pre-wedding party.

Kate Henshaw was also captured in the video dancing excitedly as the DJ thrilled the guests with different songs.

Chioma captioned the video: “And the #bonfire party was litty You didn’t see me dancing bikkur I am the videographer Haaaaa @k8henshaw is too moshhhh”

My Red Bra Has Given Me More Money

Meanwhile, controversial Nollywood actor, Uche Maduagwu, known for making Instagram content with a bra, has claimed to have made millions from wearing a bra.

The actor, in a post shared on his Instagram page, hinted that his university degree has never earned him the kind of money he makes from wearing a bra.

Uche also urged his followers to focus on whatever brings them a genuine source of livelihood regardless of how shameful the world makes it look.

While encouraging Nigerians to be consistent in whatever they do, Uche revealed that the bra content pays his bills despite the jeers he receives from haters.