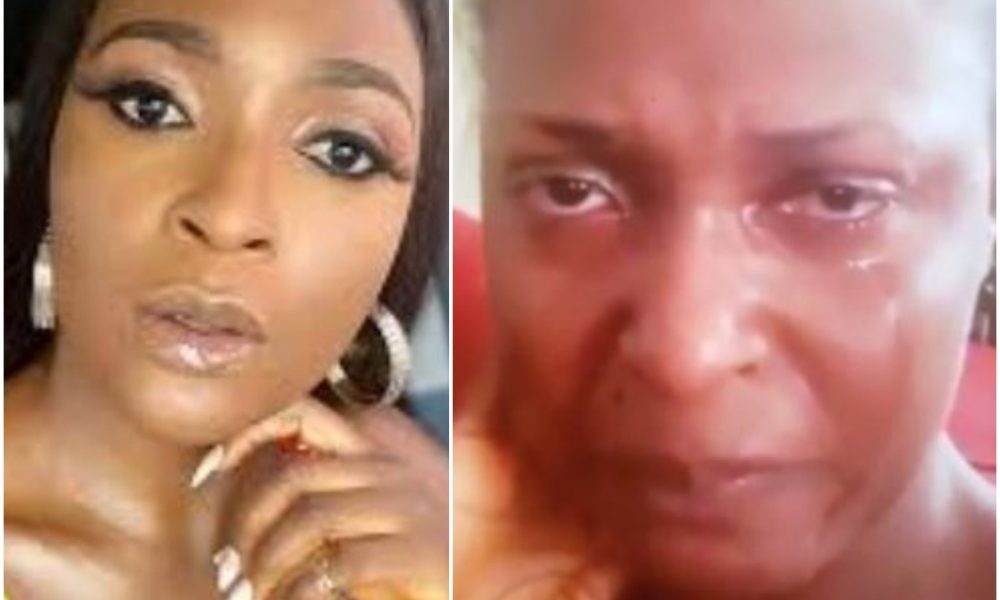 Relationship expert, Blessing CEO has debunked reports alleging she was arrested following her involvement with the death of Bimbo Ogbonna, wife of Ikechukwu Ogbonna, the celebrity car dealer better known as IVD.

It would be recalled that the controversial relationship expert, in series of Instagram posts, had stated that the family of late Bimbo was only after IVD’s properties and life.

Blessing further alleged that IVD is innocent of the crimes levelled against him, adding that Bimbo was a very violent person and was suicidal.

The relationship expert added that the deceased assaulted her husband to the point that she on a daily basis broke bottles on his head.

Following her disparaging remarks against the Bimbo’s family, reports emerged that the  relationship expert was  arrested.

She noted that she will not address the reports as it will cause many pain.

Issuing a message to bloggers, she told them to rest.

She wrote: ‘‘Me after the alleged arrest and I slept 1 day in Kpanti. If I talk na dem to start to cry. All this hungry bloggers rest abeg.”