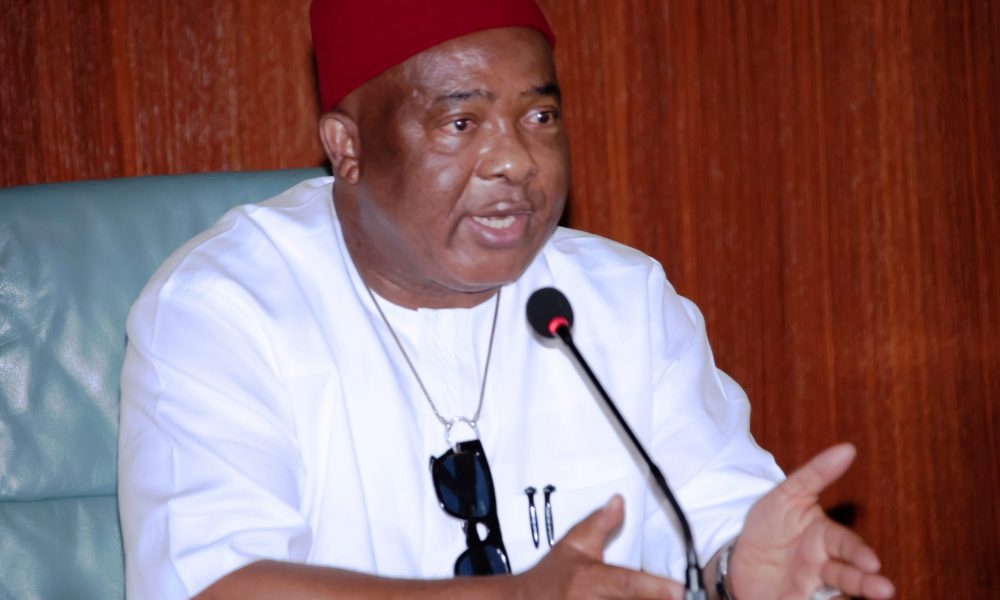 The Peoples Democratic Party (PDP) in Imo State has condemned the alleged brutal assault on its members and violent confiscation of the campaign vehicles belonging to its presidential candidate, Alhaji Atiku Abubakar.

Speaking via a statement in Owerri on Monday, the party’s Publicity Secretary, Collins Opurozor, demanded that the vehicles of its presidential candidate be released without any further delay.

Opurozor alleged that the Governor of the state, Hope Uzodinma has taken it upon himself to launch a campaign of terror against Atiku and every member of the PDP in the state.

The statement reads, “This full-blown campaign of terror, which the failed, corrupt and fascist regime of Senator Uzodinma, has levied against our popular presidential candidate and every member of our Party in Imo State, is deeply provocative and intolerable, and it is a clear invitation to anarchy.

This unelected governor must stop beating the drums of war!

“For five consecutive months, Senator Uzodinma and his henchmen have jettisoned all pretenses to governance. They have instead openly deployed state resources and all the instruments of state power to intimidate, hound and attack prominent opposition leaders in the State.

The opposition alleged that the campaign office of their senatorial candidate in Owerri Zone was attacked in broad daylight and sealed up in a gestation operation directly commanded by certain people in government.

They also alleged that all the campaign billboards erected by their candidate in Ideato Federal Constituency was destroyed.

Opurozor lamented over the state of the Local Government workers whom they claimed are in the throws of death because Uzodinma had left them bankrupt.

“As far as Imo PDP is concerned, the resort to wreaking havoc on the campaign vehicles of our presidential candidate, Alhaji Atiku Abubakar, carting away the buses, looting everything in them, and now demanding that over Sixteen Million Naira (16,000,000) must be paid before any PDP campaign vehicle would be seen on the roads of Imo State, have betrayed the outgoing regime’s penchant for criminality and unbridled avarice. Also, his phobia for our great Party, the PDP, cannot be hidden any longer,” the statement added.