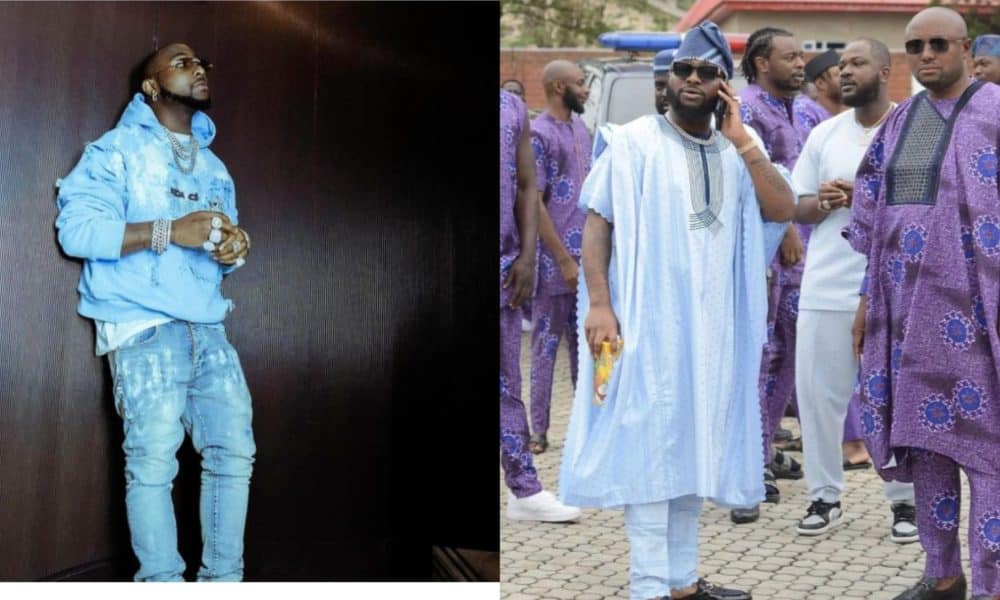 Nigerian singer, Davido Adeleke, popularly called Davido has been spotted publicly for the first time since the death of his son, Ifeanyi Adeleke.

It would be recalled Davido lost his son, Ifeanyi Adeleke to a drowning accident on October 31, 2022, and has been away from social media.

Naija News gathered that the singer was seen all dressed in a native attire whilst getting set for the inauguration of his uncle and Osun Governor-elect, Senator Ademola Adeleke, today in Osogbo.

Meanwhile, the outgoing Governor of Osun State, Gboyega Oyetola, on Sunday expressed optimism that the tribunal would rule in his favour, hoping that he would regain his mandate from the Ademola Adeleke-led administration.

Naija News had earlier reported that Adeleke of the Peoples Democratic Party (PDP) would be inaugurated today as the state Governor at the Osogbo City Stadium.

Oyetola who believes that the governorship election which saw Adeleke defeat him was rigged, in his handover note, said he is only stepping aside to allow the law to take its course.

He expressed hope that the court would rule in his favour soon.