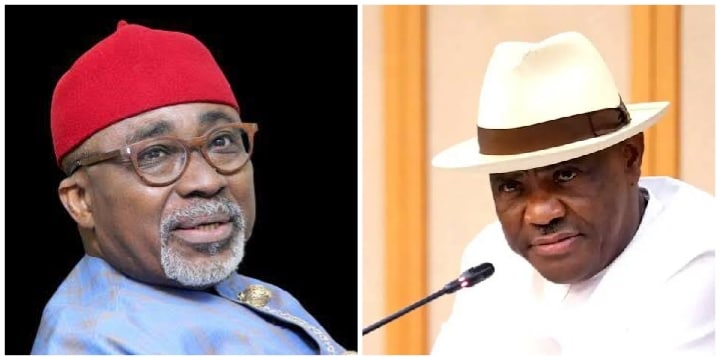 The senator representing Abia South senatorial district in the Senate, Enyinnaya Abaribe has responded to what the Rivers State governor, Nyesom Wike said concerning his exit from the Peoples Democratic Party (PDP) after receiving money from the party.

Naija News recalls that earlier in the week while speaking at the PDP 2023 general election campaign flag-off in Umuahia, Wike had said that the Governor of Abia State, Okezie Ikpeazu is not like those who he supported financially but later left the party.

The governor did not categorically mention whom he was talking about, however, a statement released on Saturday by Abaribe indicated that Wike’s statement might have been directed at the senator.

The lawmaker, in the statement, insisted that he is a freeborn man and will not be bought by Wike.

He said, “Abaribe is a free-born and cannot be a slave. He is an Igbo man; Ndigbo adighi agba boi

“Wike enjoy those you bought. They are actually doing their job very well. Igba Boi is in their blood.

“Go ahead and release another album, Abaribe will never join your Asoebi team of State dancers. Abia State can never be your vassal State.”