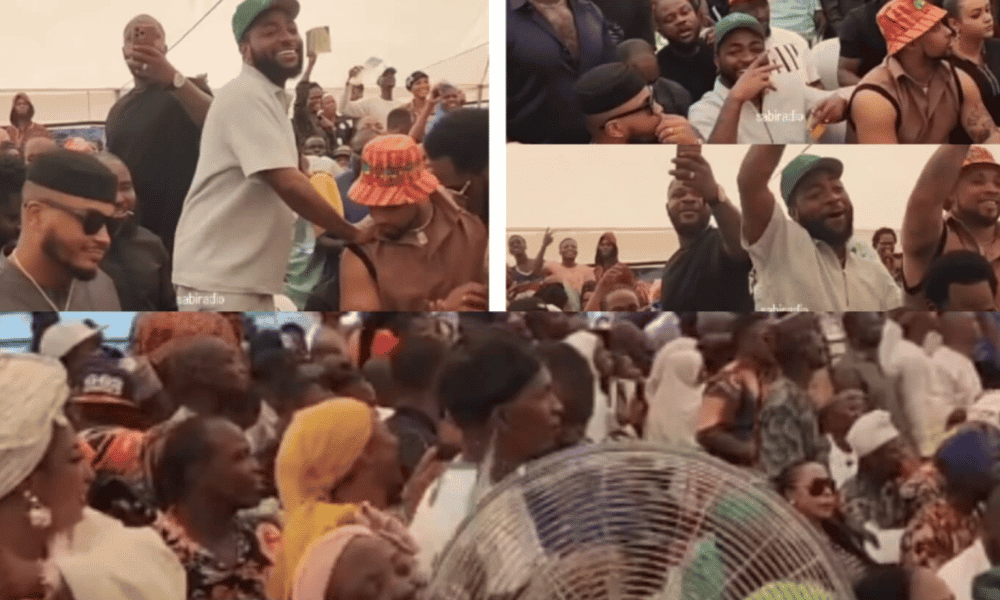 Nigerian singer, David Adeleke better known by his stage name as Davido, has left many fans elated at the inauguration festival of his uncle, Governor Ademola Adeleke.

This singer who made his first public appearance weeks after his son’s death, Ifeanyi, had many of the guests in attendance of the festival held today, feeling overjoyed at the sight of him amongst them.

The father of three, following the outpouring of love, danced and waved happily to cheering fans. At some point, he had to climb onto a seat to vibe with the cheers emanating from the cheering crowd.

Meanwhile, the newly sworn-in governor of Osun State, Ademola Jackson Adeleke has approved the appointment of new aides into his administration.

Naija News reports that the appointments came a few hours after the new Osun State governor took the oath of office with his deputy, Kola Adewusi, at the Osogbo City Stadium on Sunday.

After his inauguration, Adeleke approved the appointment of Kazeem Akinleye as his Chief of Staff.

The governor also announced the appointment of Teslim Igbalaye as the Secretary to the State Government (SSG).