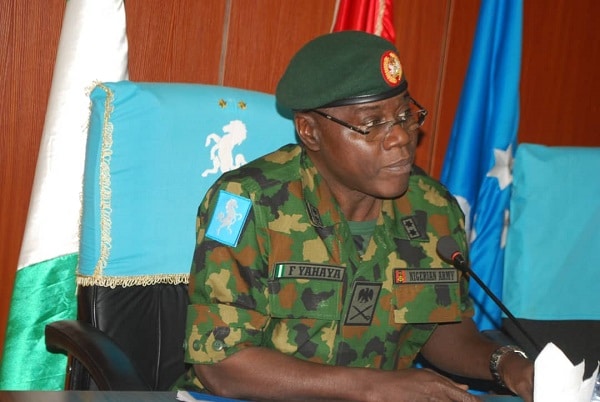 A Niger State High Court sitting in Minna has ordered the arrest of the Chief of Army Staff (COAS), General Faruk Yahaya, for disobeying a court order.

The presiding judge also ruled that the Commandant Training and Doctrine Command in Minna, Major General Olugbenga Olabanji, should be arrested for the same offence.

Justice Abdulmalik ruled that the order is commuting Yahaya and Olabanji to be kept in Minna correctional custody for contentions of the order of this court on 12 October 2022.

The judge ruled that the two suspects are to remain in custody until they purge themselves of contempt.

Justice Abdulmalik, therefore, adjourned the case to December 8 for continuation.

On November 29, Justice Mobolaji Olajuwon of the Federal High Court, Abuja sentenced the Inspector-General of Police (IGP), Usman Alkali Baba, to three months in prison for disobeying a court order.

Delivering the ruling, Justice Olajuwon issued the order following a suit filed by a former police officer, Patrick Okoli who claimed he was unlawfully and compulsorily retired from the Nigeria Police Force.

Also, Justice Chizoba Oji of a High Court Abuja convicted the Chairman of the Economic and Financial Crimes Commission (EFCC), Abdulrasheed Bawa, for contempt and ordered that he should be committed to prison at Kuje Correctional Centre, Abuja.

The judge held that Bawa was in contempt of the order of the court made on November 21, 2018, directing the commission to return to an applicant, his Range Rover and the sum of N40 million.

However, Justice Oji in a subsequent ruling set aside the conviction of Bawa after hearing an application brought by the EFCC chairman.