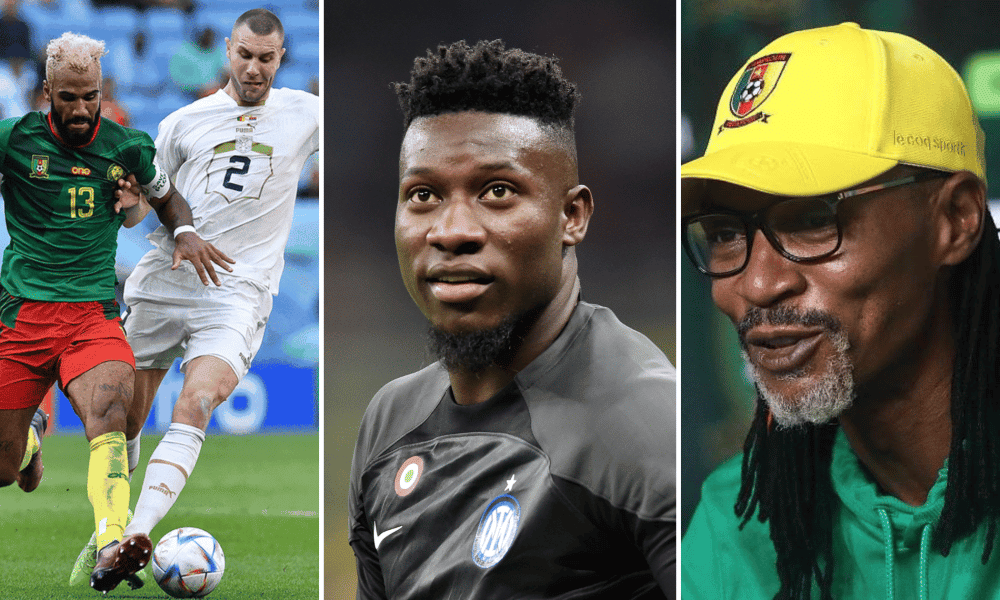 Cameroon manager, Rigobert Song, claims dropping Andre Onana from the team was an inspiration for his men.

Naija News previously reported that the Inter Milan goalie was recently withdrawn from the World Cup Squad following an argument between him and his National team’s head coach.

However, it can be recalled that the Indomitable Lions, not long after the shocking event, faced the Serbian side, which ended in a 6-goal thriller tie.

The Cameroon legend, following the 3-3 draw, revealed that Onana’s stunning exclusion from Cameroon’s team for their match against Serbia served as motivation for the African team in their spirited performance on Monday.

The 26-year-old’s chances of playing in the World Cup are hanging on the balance after an intense argument with coach Rigobert Song led to his exclusion from the team to compete at World Cup.

Naija News learnt that the goalkeeping style of play was the cause of the issue between the manager and his player.

On Monday, Cameroon was on the verge of a humiliating loss until two fast goals from Vincent Aboubakar and Eric Maxim Choupo-Moting gave The Indomitable Lions a point.

However, Boss Song, while speaking to reporters afterwards, stated that the team’s decision to fight back was truly motivated by the tension in camp.

“Andre has now been left out for disciplinary reasons,” he said.

“I think we needed to make that decision. It was something that had to happen and maybe it was the trigger we needed for this performance.

“In a squad you need to see discipline and if you can’t fit in with that discipline, with what’s required to be part of a squad, then you need to accept responsibility for that.

“We don’t question his ability – he plays for one of the top teams in Europe – but you need to ensure the team takes precedence over the individual,” he said.