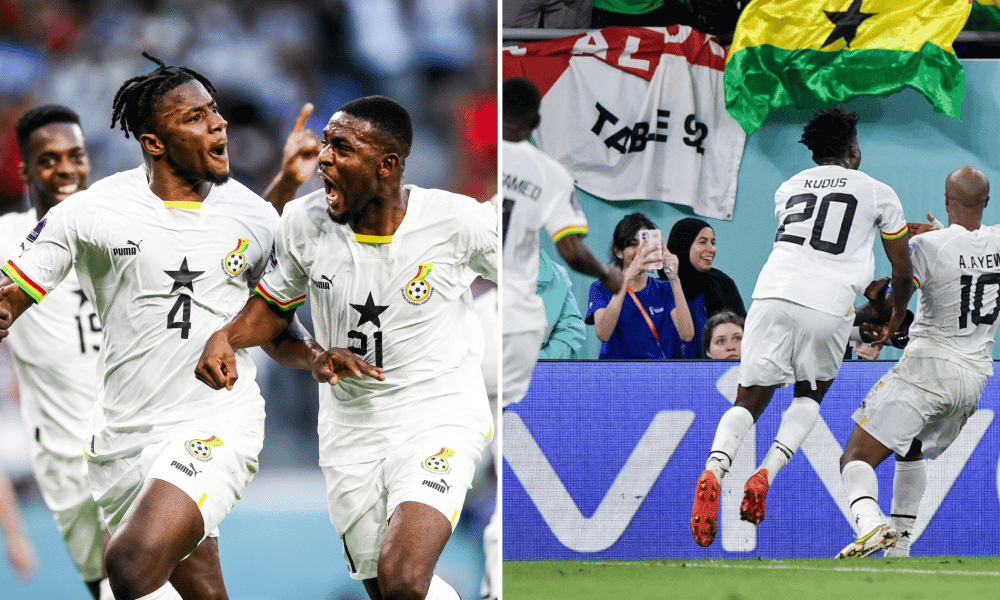 Naija News earlier reported that after an outstanding first-half performance against South Korea in their second Group H match, Ghana made history by keeping their World Cup dreams alive.

After losing to Portugal on their opening day match, Otto Addo’s men sought to make a statement.

The West African country did that by scoring twice in the first half to lead their Asian opponent 2-0.

Following that, the Ghanaians have now scored in seven straight World Cup games thanks to goals from Mohammed Salisu and Mohammed Kudus, who both scored in the 24th and 34th minutes, respectively.

In addition, as they scored twice against Portugal in the 3-2 loss to the European superpower, this is the most goals scored by any African side presently competing in the FIFA World Cup.

Ghana is one of just three African nations to have ever advanced to the quarterfinals of a FIFA World Cup.

Meanwhile, Naija News earlier reported that former Super Eagles defender, Etim Esin, has contrasted the Black Stars of Ghana with the Super Eagles, claiming that the former are more patriotic to the country’s jersey than Nigeria.

He added that the Nigerian internationals play like they do not want to get injured.