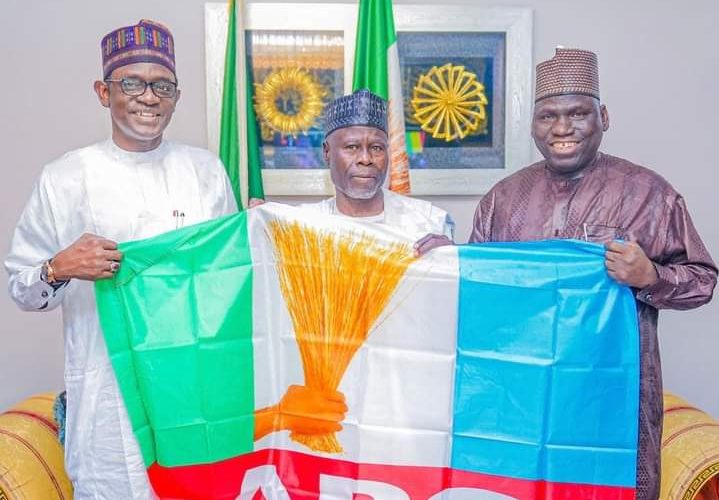 A chieftain of the Peoples Democratic Party (PDP) in Yobe State, Haladu Mohammed, has dumped the party to join the ruling All Progressives Congress (APC) camp.

The politician was officially received into APC on Monday by the State Governor, Mai Mala Buni, Naija News reports.

Mohammed’s defection was confirmed to newsmen in a statement by Governor Buni’s Media Aide, Mamman Mohammed.

According to him, the main opposition party in Yobe State, PDP has continued to deplete, thereby threatening the already lean fortunes of the party.

“The party lost Alh. Abbagana Tata, a former chairman and governorship aspirant of the party and Hajiya Masafaram, the strong woman of Yobe North politics, who defected along with thousands of their supporters to the APC.

“Tata and Masafaram had been loyal members of PDP for 23 years but joined APC to support Governor Mai Mala Buni’s administration in the task of building the state”, he said.

He stated further that APC is expecting more members soon as some of the few remaining members of the PDP have also indicated an interest in moving into the APC.

Sha’aban’s decision to dump the ruling party in Kaduna State is coming amidst the controversy that trailed the governorship primaries of the party in the state.

Recall that Senator Uba Sani defeated Sha’aban in the governorship primary of the party.

The development saw Sha’aban challenge Sani’s victory in the court, however, two weeks ago, the court struck out the case, saying it lacked jurisdiction to entertain it.

The Campaign Director to Sha’aban, Joshua Danladi Ephraim on Monday during a press briefing read a letter which was signed by the governorship aspirant.

Sha’aban said activities of the party made him to reconsider his membership, alleging that rather than bringing dividends of democracy closer to the masses, “some few elements in Kaduna APC have hijacked the party structure.”

He added, “I believe I have in all conscience before God, done my possible best to stave off the inevitable but to no avail. I have come to a firm conclusion and resolved that in all good conscience. I cannot remain a member of the APC under the present State of Affairs.

“Where the interest of the majority of common folks is little regarded. I cannot remain in a Party that has little or no regard for human lives, social integration, peace and traditional values.

“I Sani Mamood Sha’aban has officially and formerly resigned my membership of the APC at all levels today 28 November 2022.”

He further stated that he is now consulting for his next line of action, adding that he would announce his next party soon.