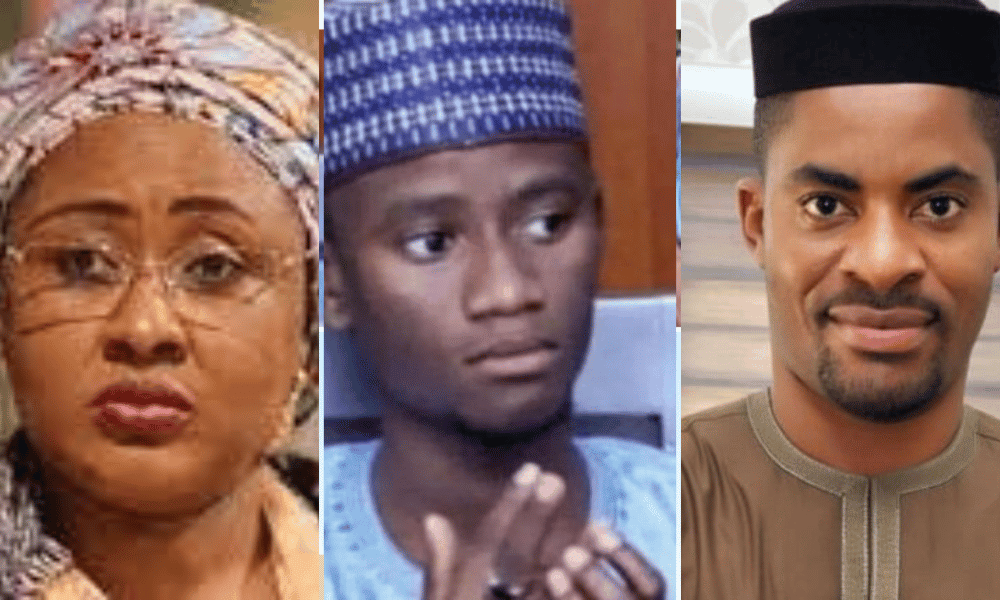 More reactions have trailed the arrest of a student of the Federal University, Dutse, Jigawa State, Aminu Muhammad by Nigeria’s First Lady, Aisha Buhari for allegedly insulting her on the microblogging platform Twitter.

Naija News reports that the latest on the list of critics of the First Lady’s action is an Abuja-based socio-political activist, Deji Adeyanju, who has slammed Mrs Buhari for ordering the arrest and unlawful torture of Muhammad.

The activist accused Mrs Buhari of eating fat on Nigeria’s money, noting that the unlawful arrest and torture of the student by security agencies at the order of the First Lady is debasing and unconstitutional.

Adeyanju, therefore, called on the international community to ban the First Lady from speaking at human rights programmes going forward.

His reaction follows the arrest, detention and ‘supervised’ torture of Aminu Muhammad on 8th November 2022.

The First Lady was reported to have ordered the unlawful torture of the student in question because she claimed he had insulted her in his comment on Twitter.

Naija News reported yesterday that Muhammed’s lawyer, CK Agu, confirmed to the BBC Hausa that his client was arraigned before the Federal Capital Territory High Court No. 14. and pleaded not guilty to the crime he was accused of.

Agu said, “He is currently being held in Suleja prison before the bail application is heard.”

The boy’s uncle, Shehu Baba-Azare, also noted that “It’s clearly a secret arraignment because they did not inform us. We are very concerned about his situation. He will sit for his final exam on December 5.”

Adeyanju, who is also the Convener of Concerned Nigerians in a statement pointed out that “Aisha Buhari is feeding fat on our money. However, while it is acknowledged that Mohammed’s post only speaks to facts because of available statistics. According to reports; the estimated yearly budget for food & travels for Aso Rock from 2016 till date is: 2016 – N3.27 billion; 2017 – N3.11 billion; 2018 – N3.81 billion; 2019 – N3.39 billion; 2020 – N7.46 billion; 2021 – N6.07 billion; 2022 – N6.77 billion. From these gulping budgeted sums, one can only safely posit that Mohammed’s assertion is the complete truth as the First Lady has been feeding fat on taxpayers’ money used in offsetting budget expenses for Aso Rock.

“Thus, the conduct of the First Lady and the detailed security agencies is bereft of sound judgment, oppressive and unconstitutional. First off, for such arrest and torture of the student to have been triggered through the First Lady is demeaning to the office of the President and does not portray the entire country in a good light to the entire world, in terms of respect for citizens fundamental freedoms protected under the country’s Constitution. In the world over, it has been accepted that torture constitutes a serious matter of concern that threatens the life and dignity of human persons.

“Accordingly, the international community is called to ban Mrs Aisha Buhari from either attending or speaking at Human Rights events in demonstration of their condemnation against the First Lady’s conduct. In this regard, all the Security officials involved in this dastardly act should also be made to face the full wrath of the Law.”