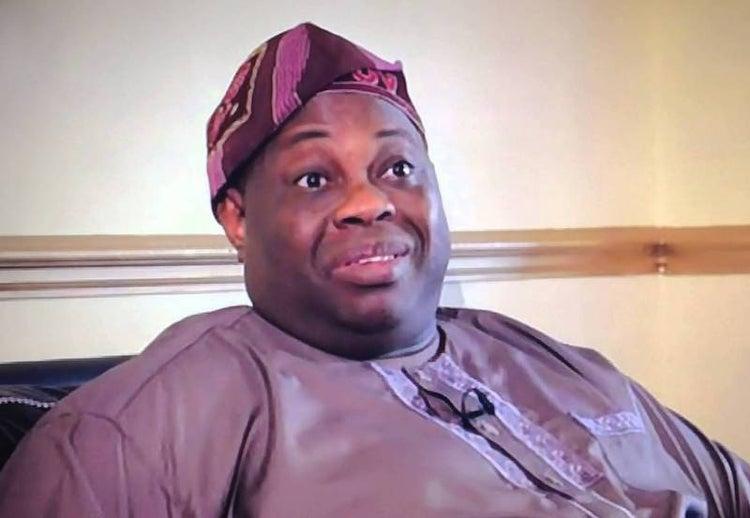 The Director of Strategic Communications, Peoples Democratic Party (PDP) Presidential Campaign Council, Dele Momodu, has slammed the All Progressives Congress (APC) National Chairman, Senator Abdullahi Adamu, over concern for the use of the Bimodal Voter Accreditation System (BVAS) for the 2023 general election.

Naija News reports that Adamu had expressed concern over the use of BVAS and other technology to transmit results electronically in next year’s general polls.

Adamu raised the concern when he received a Commonwealth delegation on the 2023 general election in his office at the party secretariat on Wednesday.

However, in a statement on Thursday, the APC Spokesman, Felix Morka, said the ruling party would never kick against the use of technology in the 2023 election.

Morka said the party’s national chairman was quoted out of context concerning his position on the use of BVAS and other technology during Wednesday’s meeting.

Reacting to the development in a chat with The Punch on Thursday, Momodu said the ruling party was afraid of losing the 2023 presidential election, hence the concern raised against the use of technology in 2023.

The PDP chieftain also fingered the APC as the force behind the pressure being mounted on INEC to dump the BVAS, saying that technology will expose their rigging plans.

He said: “APC is jittery and they don’t want to go through the technological process. Whether they admit it or not, they are scared, knowing they cannot win elections anywhere in Nigeria.  Technology will expose their rigging plans. Every other party is interested in credible elections except the ruling party. INEC must, therefore,  not yield to pressure from any quarters.”