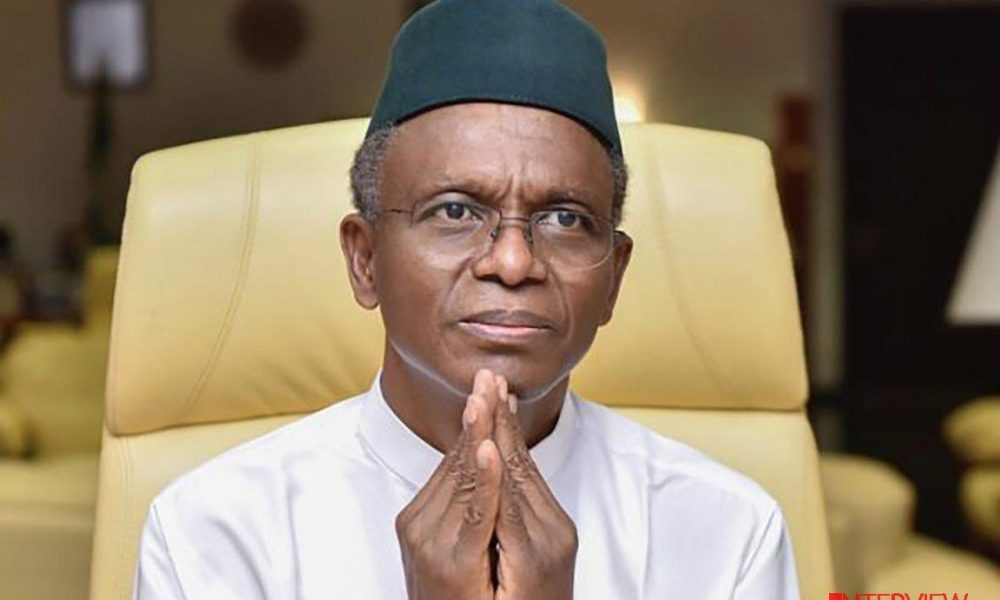 The Governor of Kaduna State, Nasir El-Rufai on Friday said it would be difficult for the All Progressives Congress (APC) to defeat the Oyo State Governor, Seyi Makinde.

Naija News gathered that El-Rufai stated this while speaking at the commemoration and send-off ceremony organised for the outgoing director-general of the International Institute for Tropical Agriculture (IITA), Nteranya Sanginga

The event was held at the IITA Conference Centre, Ibadan on Friday.

El-Rufai said the APC will try its best to defeat the Peoples Democratic Party (PDP), but it would be tough because Makinde has governed well.

He recounted how they argued at a sitting of the National Executive Council (NEC) on whether to lock down states during COVID-19.

El-Rufai said, “After that debate, I went back to my state and I locked it down. Seyi went back to his state and did what he called a partial lockdown, but he locked himself down because he got COVID.

“The beauty of Nigeria is its diversity. In my state, I did what I felt was the right thing and he did what was best for his state.

“We’ll do our best to defeat you. But I know it will be tough because you’ve been a good governor.

“As Nigerians, we’re very grateful to you for what you have done here because each and every state in Nigeria is a beneficiary of the groundbreaking research that you have done.

“Both of you (Sanginga and Akinwumi Adesina of AfDB) are breaking ground along with others and you give our children hope that Africa can be anything it wants to be if it works hard.”

Makinde while speaking at the event said it was exciting to have worked with IITA on several projects in line with his administration’s vision to expand the state’s economy through agribusiness and to encourage youths to exploit the opportunities in the sector.

Makinde said, “There are so many lessons to learn from this great man because of his brilliance, passion and leadership style. We have worked together on several projects and I have no fears or worries about letting IITA lead projects such as the STEP.

“He asked me to come down to Fasola and I saw the pictures of ‘before and after’ and the students fried chin-chin, baked cake, which got me thinking that I used to have the same opportunity at Bishop Philips Academy but we lost it along the line.

“This is the electioneering period, and I want to use this opportunity to tell the people of Oyo state that if I am given another opportunity to serve, we will take the Start Them Early Programme to more schools in the state.”

The event also witnessed the launching of Sanginga’s autobiography, ‘Leadership in African Agriculture.

Other dignitaries present at the event include Akinwumi Adesina, president of the African Development Bank (AfDB); Rashidi Ladoja, former governor of Oyo state, and representatives of ex-President Olusegun Obasanjo and Adeyeye Ogunwusi, Ooni of Ife.