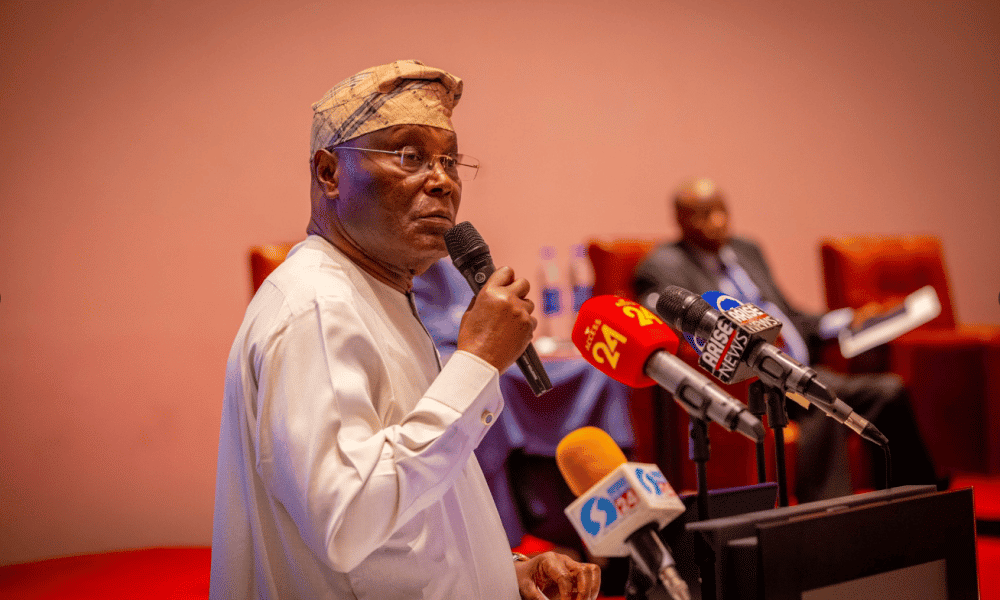 The Presidential Campaign Council of the Peoples Democratic Party (PDP) on Friday claimed that 73 groups are in support of the presidential ambition of the party’s flagbearer, Atiku Abubakar.

The spokesman of the Campaign Council in Rivers State, Lenoonu Nwibubasa stated this while addressing newsmen in Port Harcourt on Friday.

Nwibubasa expressed delight that the vice presidential candidate of the party, Ifeanyi Okowa is from South-South.

He noted that the people of Rivers State and South-South will support Atiku/Okowa’s presidential ticket.

Nwibubasa said, “We have gathered here this after afternoon to inform the populace of Nigeria that about 73 groups have registered today and present as support groups in Rivers State, that have come together to work for the success of the presidential flagbearer of the Peoples Democratic Party, Alhaji Atiku Abubakar.

“Contrary to opinions that supporters of Atiku cannot campaign in Rivers State, we are to reaffirm and to inform that we are ever-ready, ever available and we will campaign and see to the successful election of our presidential candidate come February 2023.

“We are truly delighted as indigenes and citizens and dwellers of Rivers State and we want to say the South-South is lucky to have the person of Senator Ifeanyi Okowa as the running mate of our presidential flagbearer.

“This is not just a privilege to the South-South, but a great blessing coming to us in quick succession. You will recall that few years ago, the South-South had some opportunity in the person of Goodluck Ebele Jonathan and here we are among the six zones of Nigeria, have been privileged to produce the vice presidential flagbearer of our great party.

“So, we are here today in our numbers representing all our support base in the 23 local government areas of Rivers State, to say clearly and very loud that there is none that would have been better to stand as the support to our presidential flagbearer and be his running mate than a man with such a tall credentials like Senator Ifeanyi Okowa.”